We all know that soaking in our Artesian pools leaves you feeling amazing - ever wondered why? There is a growing bank of research evidence backing up the century old health claims associated with bathing in mineral waters.
Balneotherapy allows for the transdermal absorption of varied minerals such as sulphur and magnesium typically found in Artesian water. These minerals are said to nourish the organs of the body and in turn aid the body to fight illness and repair tissue damage.

It is of common belief that balneotherapy can help with many health conditions including arthritis, musculoskeletal pain, respiratory disorders and high blood pressure. Some studies that have supported these claims are summarised below.
Lower back pain: In a 2005 study from Research in Complementary and Natural Classical Medicine, scientists found that bathing in sulphurous mineral water helped to alleviate low back pain. Sixty patients with lower back pain were divided into two equal groups, one group under took a program involving a regular bathing regime in mineral water while the other group undertook the same bathing regime but in tap water based hydrotherapy baths. The 30 patients in the balneotherapy group showed significantly greater improvements in measures for muscle spasms, tenderness and flexibility than the tap water based hydrotherapy group.


Fibromyalgia: A small study published in Rheumatology International in 2002, showed that balneotherapy helped to treat symptoms associated with Fibromyalgia. 42 fibromyalgia patients were assigned to either a control group or three weeks of 20-minute mineral bathing sessions (administered once a day, five times a week). The results showed that the group undertaking the balneotherapy regime showed significant improvements in Fibromyalgia symptoms and in depression (which is commonly associated with fibromyalgia).


While continuing research into the measureable health benefits of bathing in mineral waters needs to be conducted, it is becoming more evident that there is truth behind the many health claims associated with Artesian water.
In addition to the centres three Artesian pools, MAW offers a bathing experience in pure Artesian water which is run in a private bath for each customer. The private Artesian baths are run with pure Artesian water and have no added chlorine or other chemicals. You can add a bath to any treatment on our day spa menu or come in for the bath alone and immerse yourself in the healing waters.

There are currently no events, please check back soon. 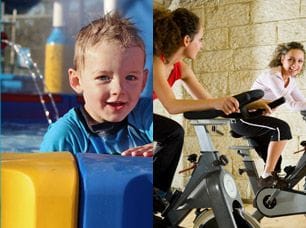